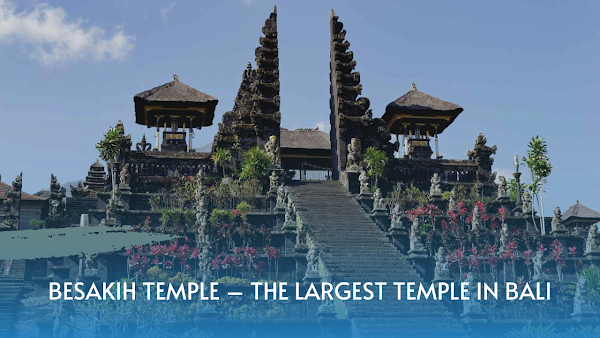 Admin
January 01, 2023
Besakih Temple is a complex of temples that consist of 1 Center Temple (Penataran Agung Besakih) and 18 Assistants Temple (1 Basukian Temple and Other 17 Temples) and is a center of the temples in Bali. Besakih name derived from the word "Basuki" or in the codex is written as Basukir or Basukih. The word Basuki itself was taken from the Sanskrit word "Wasuki" which means "savior". Meanwhile, in the Samudramanthana mythology mentioned that Basuki is a dragon that circled Mount Mandara. In addition to these 18 temple complex, there is also a complex of Padharman temple to worship a particular descent groups in Besakih. 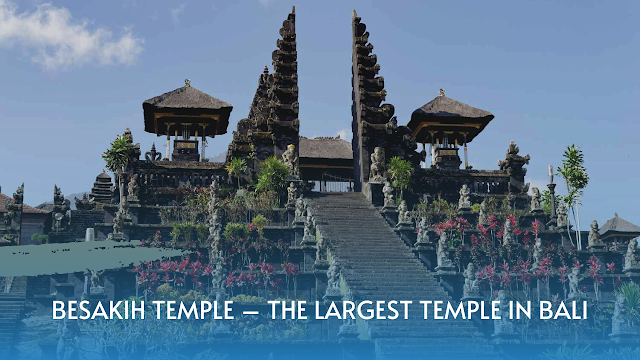 Basukian temple area is where the first revelation received by Rsi Hyang Markendya. This revelation became the beginning of Hindu Religion in Bali today. Besakih Temple is the center of the entire temple in Bali. Among all pretend that included the Besakih complex, Penataran Agung Temple is the largest temple. In the Penataran Agung Temple there are 3 main temple statue or symbol of God's nature Stana Tri Murti, namely Lord Brahma, Lord Vishnu and Lord Shiva which is the symbol of God the Creator, God of Preserver and God of smelters / Reincarnation.
Besakih TempleBesakih history beginning with travel of Rsi Hyang Markandeya from Mount Raung, Basuki, East Java around the 11th century. At that time, Rsi Hyang Markandya want to go to Mount Agung to build the resort. However, the building process problematic because many of his followers who died of an illness. To save his followers then Rsi Hyang Markandya create a place of worship of God as a savior. Place of worship is called "Sanggar Basuki" and a planting of Panca Datu (5 metals of gold, silver, iron, copper and diamonds) on the slopes of Mount Agung which became known as the Basukian Temple.
According to Hindu religion beliefs, Besakih Temple not only a place of God, but also have relevance to the meaning of the background of Mount Agung is the highest mountain on the island of Bali is believed to be the central Government of Nature Spirits and the Nature of the Gods. This makes Besakih Temple built on the slopes of Mount Agung Southwest for the sanctity of human philosophical meaning, among them: knowledge systems, equipment life and technology, social organization, livelihood life, language system, Religion and ritual, and art. The seven elements of culture embodied in the form of cultural ideas, activities, and materials.
Location: Besakih Village, Rendang district, southwest of Mount Agung. Approximately 44 km from Amlapura and 62 km from Denpasar.
Admin On. January 01, 2023
Besakih Temple – The Largest Temple In Bali
4/ 5
Oleh Admin
Admin On. January 01, 2023 Comments
Add Comments