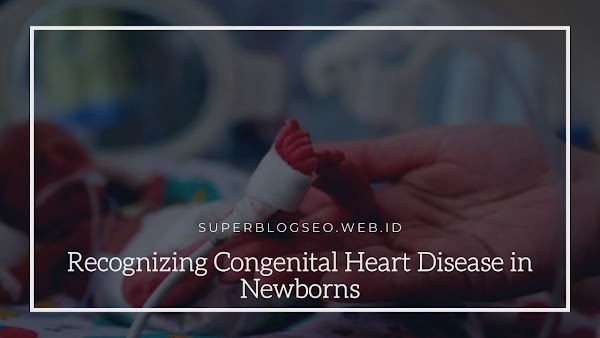 Admin
April 12, 2022
Superblogseo.web.id - Recognizing Congenital Heart Disease in Newborns - All parents want to give birth to a child in good health. But in reality there are still many babies who are born in abnormal conditions, including suffering from congenital heart disease (CHD).

Although the incidence of CHD is relatively small and does not get much attention, parents must still understand its existence. 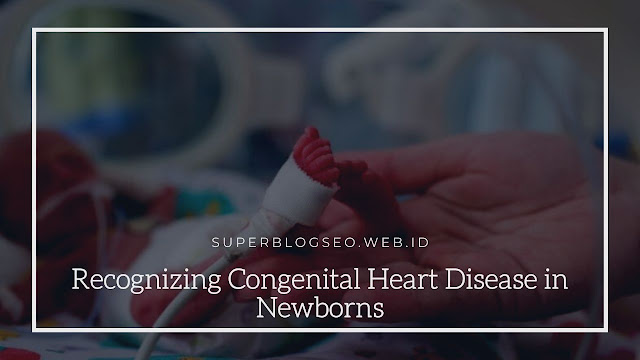 Parents need to be aware that early detection and appropriate and fast treatment are needed to ensure the survival of the baby.

Therefore, parents and prospective parents, let's get to know more about congenital heart disease in newborns below.

What is congenital heart disease?

Congenital heart disease (CHD) is an abnormality in the structure and function of the heart that is found since the baby is born. This abnormality occurs when the fetus is developing in the womb.

A survey in the United States states that every year at least 35,000 babies suffer from this disorder. 90% of them can die if in the first year of life the baby is not given proper care.

The most common CHD found is an abnormality in the heart chambers septum or known as a ventricular septal defect (VSD). then, followed by abnormalities in the atrial septum or better known as Atrial Septal Defect (ASD).

This heart defect is also known as a leaky heart. Other types of structural abnormalities include patent ductus arteriosus , transposition of great arteries , and heart valve abnormalities.

Often CHD also occurs in the form of a combination of several disorders, as occurs in tetralogy of Fallot, which includes 4 abnormalities of the heart.

PJB has several classifications that differ from each other. Broadly speaking, CHD can be divided into cyanotic CHD and non-cyanotic CHD.

Here is the explanation:

Cyanotic congenital heart disease occurs when a newborn looks blue, especially in the lips and nails which will increase if the child cries or does certain physical activities.

This happens because of the mixing of clean blood and dirty blood through abnormalities in the structure of the heart. In this condition the baby's body tissues do not get enough oxygen which is very dangerous and must be treated quickly.

For cyanotic CHD, surgery or catheterization should be performed in the first year, after the baby's internal organs are considered capable of undergoing surgery.

There are two types of cyanotic congenital heart disease:

On the other hand, in non-cyanotic CHD, there are no real symptoms, so it is often not realized and is not diagnosed either by doctors or by parents. Symptoms that arise initially in the form of tired breastfeeding or breastfeeding intermittently.

However, for most non-cyanotic CHD, surgery or catheterization can be delayed until the patient's age is older because it is considered safer for surgery and anesthesia.

In addition, the next symptom is a delay in growth and development. There are several types of non-cyanotic congenital heart disease, including:

Congenital heart disease occurs as a result of early developmental problems in the structure of the heart. The defect usually interferes with the normal flow of blood through the heart, which can affect breathing.

The cause of CHD is not known with certainty. Most experts suspect that the onset of CHD in newborns is caused by a combination of several factors, including:

Symptoms and signs of congenital heart disease in babies

It is important to know that heart defects in the fetus in the womb usually do not cause significant symptoms. Therefore, CHD is often not diagnosed until the baby is born.

Knowing the right treatment for CHD is very important to prevent infant mortality.

In cyanotic CHD, the diagnosis can be made immediately because the baby looks blue and breathless. However, in non-cyanotic CHD, a physical examination of the newborn is performed when the parents find some of the symptoms.

If on physical examination by a doctor there is a suspicion of heart abnormalities, then several additional examinations must be carried out, including oximetry, electrocardiography (ECG), chest X-Ray, echocardiography or ultrasound of the heart, to catheterization or angiography.

After the diagnosis is made, the baby can do further CHD therapy including:
In addition to the three actions above, nutritional management must also be considered to prevent growth and development delays in patients with CHD.

The addition of high-calorie formula milk and supplements for breast milk are needed for babies with CHD, especially for babies born prematurely, having severe heart defects (such as large heart defects), and babies who tire quickly while breastfeeding.

How to prevent congenital heart disease

Most cases of heart defects in babies can be detected by ultrasound during pregnancy. For this reason, it is very important to carry out routine pregnancy checks to detect various types of abnormalities in the fetus, including the possibility of CHD.

With regular pregnancy control, the things that are associated as causes of CHD above can be avoided or recognized early.

It is very important to find a solution for the risk factors found in pregnant women, for example in the case of pregnant women with diabetes, blood sugar levels must be controlled within normal limits during pregnancy.

Generally, CHD can be detected when an ultrasound is performed in the second half of pregnancy or at more than 20 weeks of gestation.

If there is a suspicion of heart abnormalities in the fetus, then it is important to perform further examination with fetal echocardiography. Through this examination, the picture of the heart can be seen more closely.

In addition, prevention can also be done by preventing the mother from being exposed to certain viral infections such as the rubella virus. In this case, it is important to be screened before planning a pregnancy. Screening, which is also known as TORCH screening, is an important thing to do for pregnant women as a step to prevent babies from being born with heart defects.

Prevention of rubella virus infection can be done by avoiding close contact with furry animals that have not been immunized and avoiding consumption of raw or undercooked food.

In addition, the consumption of drugs without a doctor's prescription should also be avoided because some drugs are known to harm the fetus they contain. Especially for drugs that were previously taken or while pregnant, they must be discussed specifically with a specialist in obstetrics and gynecology who handles pregnancy tests.
Admin On. April 12, 2022
Recognizing Congenital Heart Disease in Newborns
4/ 5
Oleh Admin
Admin On. April 12, 2022 Comments
Add Comments